GOLDSTEIG Butter doesn’t just impress with its fine flavour, it is also extra soft and spreadable and of course a pure natural product. 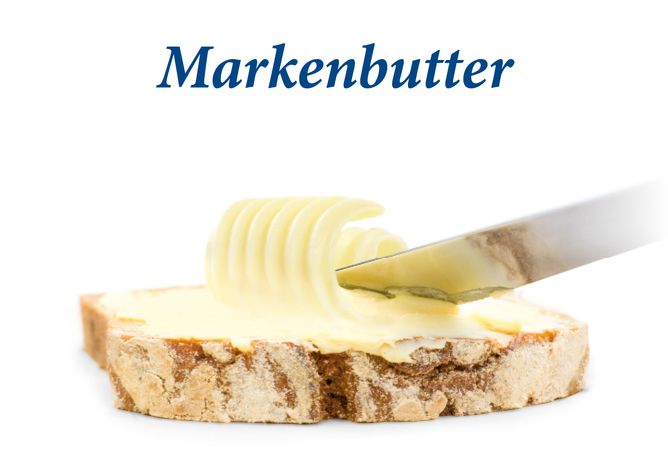 Surprise your friends and family with these exceptional recipe ideas using butter, created exclusively by our herb chef Andreas Meiergoes really well with this. You can find even more delicious recipes here:

Dips made from parsley butter and cashew cream

Ricotta Obatzter with radishes and chives

“Alles in Butter!” (Everything is fine)

How this popular German saying actually came about

“Alles in Butter!” is a German saying that everyone is familiar with, which means “Everything is fine”. But where does the popular saying actually come from? Like so many turns of phrases, this also comes from the Middle Ages. Back then, expensive glasses from Venice had to be transported over the Alps in carriages.

As the route led over bumpy rocks with lots of shaking, many of the valuable glasses broke during the trip. One day, people came up with the idea of transporting the glasses in barrels. They filled these barrels in turn with liquid Buttergoes really well with this. As soon as this set, nothing could happen to the glasses any more as they were surrounded by a protective layer of butter. So, “Alles in Butter”!

Butter is a pure natural product whose main ingredient is cream!

There is an EU Directive and German “Butter Regulation” that say that it has to consist of at least 80% milk fat. This milk fat mainly comes from cow’s milk. However, there are also producers who use sheep’s milk or goat’s milk. In 250 g of Butter there are a whole five litres of milk! This amount may vary slightly depending on production. The remaining approximately 20% of the ingredients in Butter are mainly water, salt, vitamins and milk protein.

From a frog who turned milk into butter

Butter can do far more than just taste good! It can even save lives. The “Two Stories in a Milk Pail” fable by Aesop tells us who this works. Two frogs plagued by the heat and just about to die of thirst find relief in a pail of milk. In their euphoria the two frogs jump in and drink the milk until they’re not thirsty any more.

When they want to climb out of the pail again, they notice that the top is further away and it’s impossible to get out of the pail. One frog does not see any way out, succumbs to his fate and drowns. By contrast, the other frog kicks for so long until the milk turns into Butter and it can then jump out of the pail. The moral of this story: if you don’t give up even though the situation seems hopeless, you will be rewarded for it in the end!